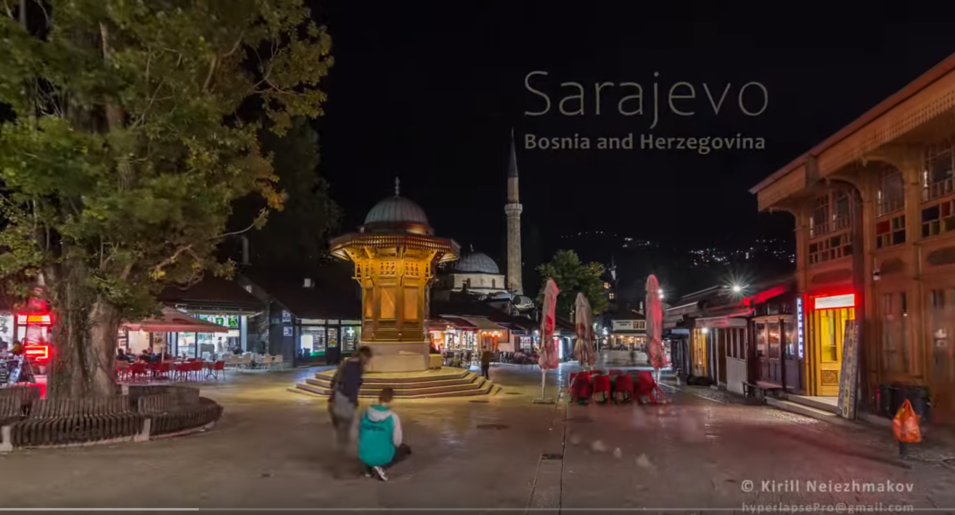 While he was attending, last year’s 5th Viva Film Festival in Sarajevo, and he won the first prize, “Golden Clapper” for Best Film in the Touristic Film Category, Kirill Neiezhmakov from Ukraine, made this wonderful Timelapse & Hyperlapse – short film in Sarajevo.

“Welcome to Sarajevo, the gates of the East and the door of the West.”
This is another one good tourist promotion of Sarajevo and BiH.
Thanks Kirill on behalf of Bosnia and Herzegovina and the Viva Film Festival.