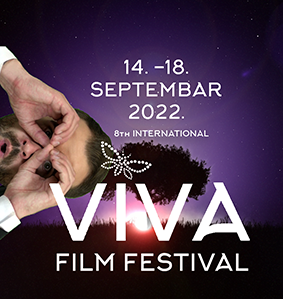 It is an honor and great pleasure to invite you to upcoming 7th
International festival of documentary and short feature films VIVA FILM
FESTIVAL 2022, to be held 14th – 18th September 2022 in Sarajevo and 19 other towns in Bosnia & Herzegovina.
Viva Film Festiva expects representatives of 30 countries with over 60 films from
all categories, according to the propositions of the Festival.

Prizes will be awarded for:
Competition – Prizes,
Religion (its themed films that promote the specifics of religion, in order to rapprochement, understanding and inter-religious tolerance);

Ecology (films that its theme promote the natural heritage of their countries in order to encourage the development of environmental awareness);

Tourism (films that its theme promote the tourism potential of country of origin).

We would be honored to see the film (s) of your production,
or your country at VIVA Film Festival.
Deadline for Submission of your film and the application is May 15th 2022.

For any questions you may have a more information on
Festival and application and accreditation list, you can find on our web
site at: http://www.vivaba.com/